I was reading r/MapPorn and saw the image below: 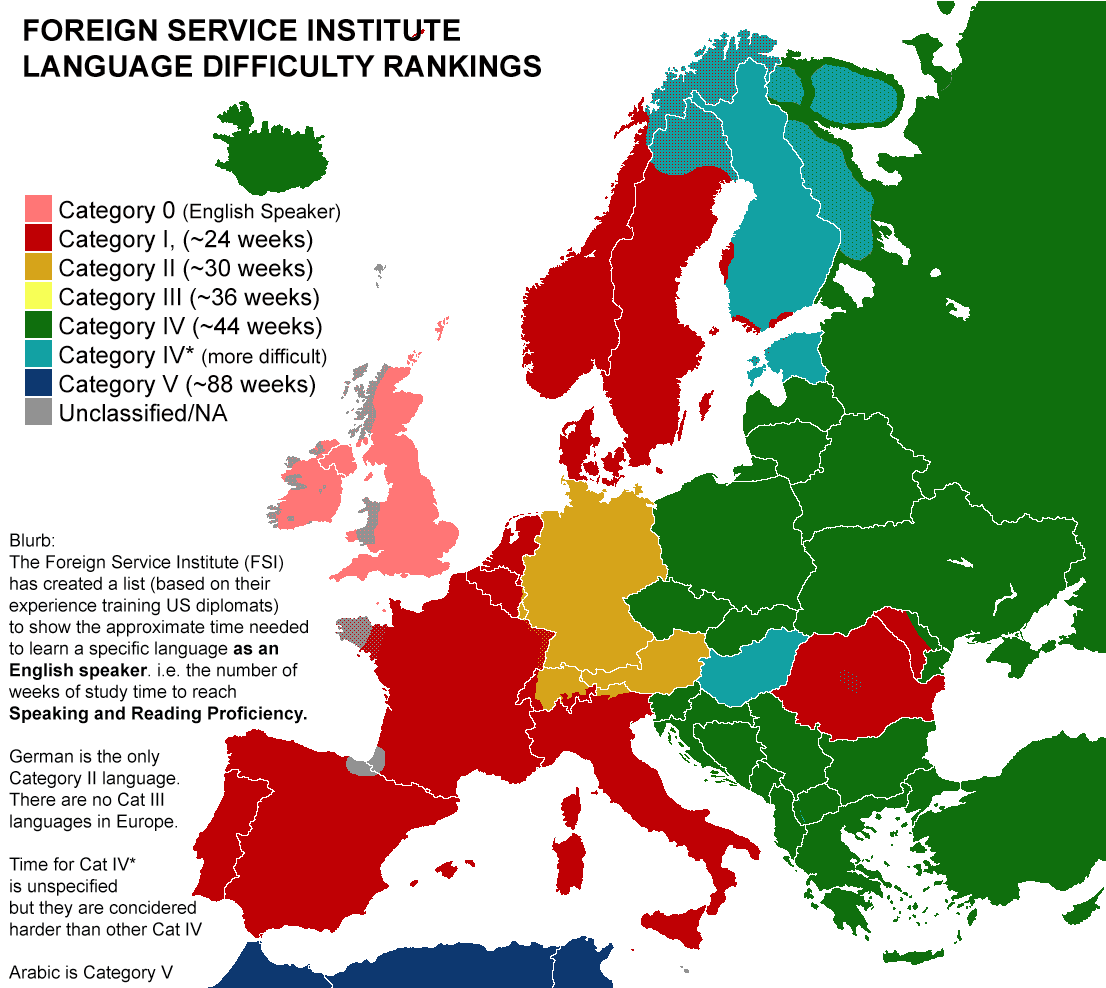 As fate would have it, the very first comment was from Guridkt who said, “I’d like to see asia too, i wonder if there’s a map of that. (sic)”

This map is based on data published by the US Foreign Service Institute and, according to their website, it is based on the institutes’ “70 years of experience in teaching languages to U.S. diplomats, and illustrate the time usually required for a student to reach “Professional Working Proficiency” in the language, or a score of “Speaking-3/Reading-3” on the Interagency Language Roundtable scale” (emphasis added.)

And how would you describe someone with “professional working proficiency?” Their website says someone with a 3 in speaking can “use the language to satisfy professional needs in a wide range of sophisticated and demanding tasks.”

Fair enough, but how do they measure whether someone can actually achieve those tasks? Through a 15 - 30 minute TELEPHONE interview. Yikes!!!!

Now for a few caveats about the map.

First, for the sake of ease and simplicity, I scraped Wikipedia to get the official languages of each country.

Finally, in the instances when a country had multiple official languages but only one is listed by the FSI, (e.g. Afghanistan with Pashto and Dari) I selected the one listed by FSI for display purposes.

Now, for the map: 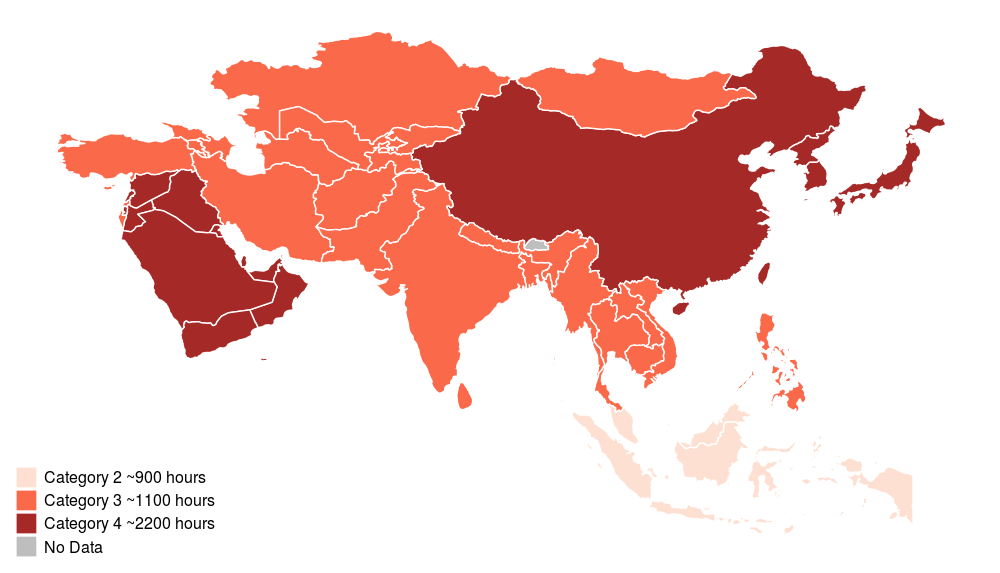 Clearly, according to the FSI, officials being sent to countries where Arabic, Mandarin, Cantonese, Korean or Japanese is the official language should receive more language training than those being sent to areas where Bahasa is spoken, (i.e., Malaysia and Indonesia).

Finally, if you’re interested in the code I used to create the world map in the thumbnail and the map of Asia above, please find it here.

About Evan Simpson
Langauge assessment literacy evangelist who fell in love with data science and R.
comments powered by Disqus